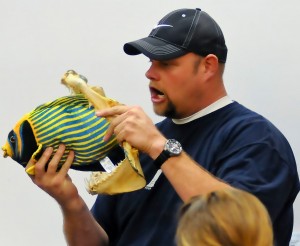 Having fun while teaching!

Shaun Pipes, President and CEO, started the Fin Foundation in November of 2008 as a way to show how important our oceans really are, even in a desert environment. A marine biologist specializing in shark behavior and conservation, Shaun worked for the University of Arizona for 12 years in the Marine Science program in the Department of Ecology and Evolutionary Biology. Shaun was the Marine Biology Course Coordinator and ran multiple labs for the program. As a co-lecturer under Program Director Dr. Donald  A. Thomson, Shaun helped teach additional courses including Ichthyology, Selected Topics in Marine Science, Oceanography and summer courses in Marine Ecology. Shaun has conducted  research for the University of Arizona and the University of Connecticut and has been involved in the publication of articles dealing with shark behavior and human interaction. Shaun is a professional SCUBA instructor with over 26 years of experience around the world teaching diving and sharing the underwater realm with new and experienced divers alike. Shaun has also been employed for the past 19 years by the Amphitheater School District as a coach for Amphitheater Middle School. Shaun was awarded the Pima County Sheriff’s Department Citizen’s Medal for exceptional service to the Citizens of Pima County. Shaun has been fortunate to have been selected as a Marine Biology guest speaker at The Arizona Sonoran Desert Museum.

Donald A. Thomson is Professor Emeritus in the Department of Ecology and Evolutionary Biology of the University of Arizona in Tucson. After B.S. and M.S. degrees in Fisheries Biology at the University of Michigan and a Ph. D. in Marine Zoology from the University of Hawaii, he came to Tucson in 1963 and founded and directed a Marine Science Program centered on the Gulf of California (Sea of Cortez). He developed and taught courses in ichthyology, marine ecology and oceanography and mentored numerous undergraduate and graduate students. Dr. Thomson and his graduate students conducted research and published papers on the behavior and ecology of reef fishes, rocky shore community ecology, beach-spawning of the Gulf grunion, and intertidal communities in the northern Gulf. He developed and taught a popular summer field course in marine ecology from 1964 to 1997 throughout the Gulf of California. He began the publication of the annual Tide Calendar of the Northern Gulf of California in 1967 and authored the Gulf of California Fishwatcher’s Guide in 1976 with Noni McKibbin and Jenean Thomson. Dr. Thomson is best known for his thorough research on Sea of Cortez fishes documented in the 3rd edition (2000) of Reef Fishes of the Sea of Cortez: The Rocky-Shore Fishes of the Gulf of California, coauthored by Lloyd T. Findley and the late Alex N. Kerstitch 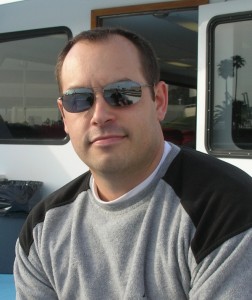 Mr. Paul Zaman is a Financial Analyst with SynCardia Systems, Inc. in Tucson, Az. He has held other financial and management positions most recently as a Vice President with CitiGroup.  Mr. Zaman received his education at The University of Arizona where he received his MBA, and Metro State in Denver, Colorado.  He has taken to the ocean like a true fish and shares his love of the sea with all he meets. Utilizing his financial expertise and his passion for the underwater realm, Mr. Zaman has actively sought commercial sponsors and advised The Fin Foundation through its start-up phase leading us into a secure financial future even in harsh economic times. 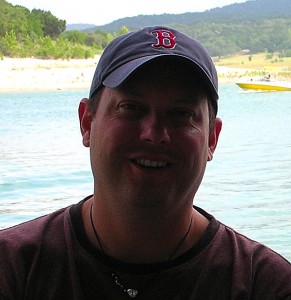 Mr. Greg Deitch is a private entrepreneur, business owner, dive instructor and environmentalist. Greg has worked in the dive profession as an instructor for over 20 years and was a regional salesman for PADI (Professional Association of Dive Instructors) for many years. In El Paso, Texas, Greg and his wife Sally are raising their blended family and multiple dogs while owning and operating multiple 24hour fitness locations. Greg puts numerous hours each week into supporting The Fin Foundation and all of its endeavors. 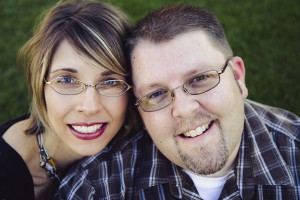 Mr. Travis Williams is a professional photographer and Entrepreneur in Tucson Arizona.  In addition to donating his time to photograph Fin Foundation classroom presentations, Travis  is also an Open Water Scuba diving Instructor, having taught diving for 7 years.  Blessed to have traveled to over 26 countries and dive in some of the most adventurous  waters around the world, he discovered his passion for ocean conservation and sharks in specific.  He often cites the Hammerhead Shark as being his most favorite of all the ocean creatures.  This makes Travis a perfect addition to the Fin Foundation team. 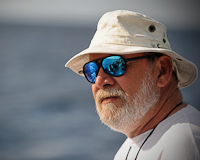 Mr. Steve Williams  is an avid underwater photographer who lives in Tucson, AZ and who has offered his images to support the foundation.  Steve has been diving the world’s oceans since he was certified in 1968.  In his over 40 years of diving he has seen the long term effects and the stress the ocean and all its wonderful creatures are under.  As Steve told me, “There is a remarkable beauty and wonder that is available to anyone you sticks their head under the waves and simply opens their eyes.  If my images can open the eyes of a child to that wonder I am proud and honored to help”.    When Steve is not diving he is a Senior Program Manager for a major defense firm.

Our website was customized and is maintained and hosted by George Jenson. George owns Jenson Consulting and spends most of his work time designing custom software and being, as he calls it, a website and WordPress “handyman” for his clients. Others have called him a “boutique” software designer. He has also been diving since 1985 and teaching scuba since 1988, though he’s been on hiatus from teaching while building an airplane in his garage.

A special thanks goes out to all of our volunteers, who remind us time and time again how important it is to give back to our communities! Through endless effort on their part, the ocean is gaining a stronger place in the hearts and minds of people living and working in the Southwest United States! Thank you one and all! 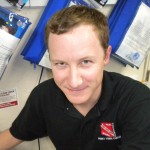 Adrian Cardoni – A marine biologist from the University of Arizona, Adrian has done a great deal of volunteering for the Fin Foundation both in the classroom presentations and in our booth set ups! He has a great knowledge of the ocean realm after spending 2 years doing marine research in Australia. Adrian is also a SCUBA instructor.

Carey Waltz – Carey is a Senior Safety and Environmental Services Manager with Praxair. She oversees 200 employees in the U.S. and U.K. in the areas of health, safety, and environmental compliance. She holds a B.A. from the University of Arizona. Carey actively volunteers with The Fin Foundation, sharing her expertise in sustainability and conservation. She enjoys showing others how too keep our amazing oceans healthy and vibrant!

Jan Pipes – After receiving her Masters degree in Education at ASU, Jan taught English for over 30 years. She continues to share her love of educating others by generously volunteering her time and love of nature. Jan is an avid birder and helps The Fin Foundation remember the feathered ocean friends!

Jeff Mundt and family – Jeff and his family (wife Susan, and children Ryan and Savannah) have helped tremendously over the past year volunteering with presentations, science nights, and especially Biosphere2 clean ups! Jeff received his education from the University of Arizona and is employed by Pima County in their tech department. Jeff is looking forward to his second career as a marine biologist!

Primary Sponsor – The Dive Shop, in Tucson, Az. has been invaluable in the start up and continued success of The Fin Foundation! The owner, Del Randell, has put time, experience, and finacial support into keeping the Foundation moving forward. Their continued efforts help assure The Fin Foundation’s long term goals of ocean education for all!